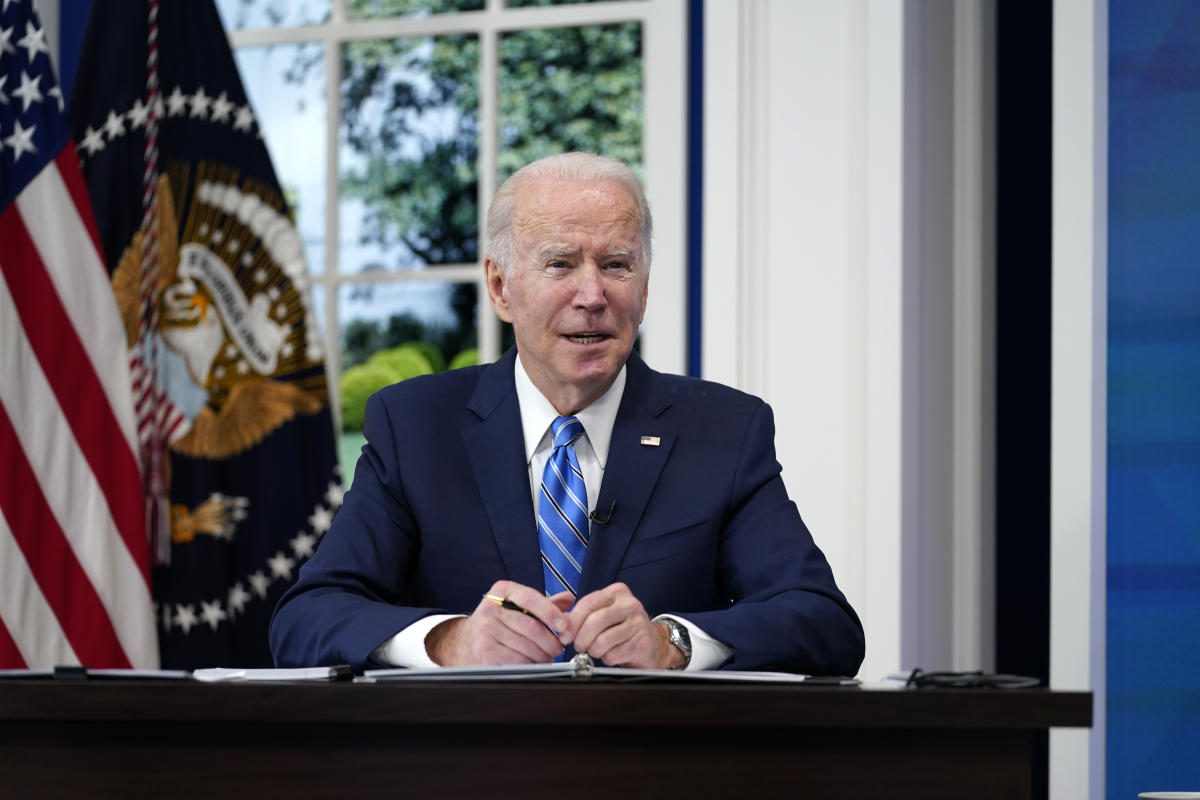 President Biden visited with well over 100 top business leaders and CEOs during his first year in office.

That comes according to a Yahoo Finance analysis of the president’s public schedule since Jan. 20. He met virtually and in-person with leaders to cover issues like supply chains, COVID-19 vaccines, the semiconductor shortage, his legislative agenda and more.

Biden even visited with Farley and Barra at Ford and GM plants, respectively, where the car-obsessed commander in chief took test drives. And it’s only natural that Biden often welcomed Flynn, given that the president’s longtime nickname is “Amtrak Joe” based on his frequent train use during his time as Delaware’s senator.

Some other big business figures notably don’t show up on the visitor logs this year. Tesla (TSLA) CEO Elon Musk has been critical of Biden’s policies and does not appear to have had a meeting yet unlike his White House visit within the first week of President Trump’s inauguration. Likewise for Meta (FB) CEO Mark Zuckerberg.

The White House public schedules and pool reports don’t include all of the president’s activities so it’s almost certain that there were at least a few more phone calls or even meetings beyond those that Biden’s aides shared with reporters.

‘Doug, I know you run a small outfit called Walmart’

Perhaps the most surprising regular visitor to the White House this year is Walmart CEO Doug McMillon, who also frequently visited the Trump White House.

At a virtual meeting with CEOs on Nov. 29, Biden noted, “I spent more time walking through the aisles of Walmart than I want to admit [in years past] because there’s one right down the street from where I live in Delaware.”

McMillon responded by assuring the president “we’re in good shape” ahead of the holiday shopping season adding they “really appreciate the partnership.”

The friendly tone comes just a few years after the world’s largest retailer and its labor practices were an issue in the most recent Democratic presidential primary race. Biden’s rival at the time, Sen. Bernie Sanders of Vermont had stopped by the Walmart shareholder meeting in 2019 to point out that “despite the incredible wealth of its owner, Walmart pays many of its employees starvation wages.”

Biden has also been critical of Walmart for years. But the company has gradually improved its labor record and has reached out to Democrats. This year the chain announced wage increases for its employees with an average wage of $16.40 an hour and a minimum wage of $12 an hour.

“[T]imes have changed since those days when Biden and others were holding out the company as a corporate force of evil,” Politico noted after one of Biden’s meetings this year.

‘I have a commitment from Mary’

Another frequent group of visitors were auto CEOs, at least those not named Elon Musk.

The semiconductor shortage of 2021 kept some new cars stuck in parking lots and, on April 12, the White House held a virtual CEO summit on the issue.

The president also seemingly took every opportunity to tout electric vehicles in 2021. On May 18, he traveled to a Ford electric vehicle center in Michigan and met with Farley as well as William Ford, Jr., the company’s executive chairman and the great-grandson of Henry Ford.

On Nov. 17, it was back to Michigan to visit a GM electric vehicle assembly plant. Barra joined the president for a test drive “complete with one burnout.”

Both Farley and Barra also came to Washington on Aug. 5 for an event on clean cars and trucks. Mark Stewart of Stellantis (STLA) and Ray Curry of the United Auto Workers were also among the attendees. Biden praised both Farley and Barra during his remarks and touted the bipartisan infrastructure plan which is set to install thousands of electric vehicle charging stations in the years ahead.

“I have a commitment from Mary when they make the first electric Corvette, I get to drive it,” said Biden, adding “you think I’m kidding, I’m not kidding.”

Biden’s stalled Build Back Better plan also includes subsidies for union-made electric vehicles. The UAW represents employees at both GM and Ford and they could stand to benefit if the legislation can be unstuck in 2022. Tesla’s workforce is not unionized and Musk has publicly disparaged unionizing efforts as well as Biden’s proposed legislation, perhaps explaining his seeming lack of interaction with the White House this year.

The White House outreach also appears to have blunted industry criticism of Biden’s plan, announced this month, to raise vehicle mileage standards to fight climate change. President Obama had previously raised the standards during his administration and received much more industry blowback, compared to Biden.

‘My old buddy Jamie Dimon’ and others

Jamie Dimon was another frequent visitor.

The JPMorgan Chase CEO has been a White House guest going back to when Biden was vice president in the Obama administration. This year, Dimon discussed issues like the American Rescue Plan on Feb. 9, cybersecurity on Aug. 25, and the debt limit on Oct. 6.

“I see my old buddy Jamie Dimon up there” Biden said during one gathering.

”Thank you for stepping up” Biden told Bourla before handing over the microphone. Biden also visited Bourla when he went to a Pfizer plant on Feb. 19 in Kalamazoo, Michigan.

Ben Werschkul is a writer and producer for Yahoo Finance in Washington, DC.