These Companies Have Left Russia: The List Across Tech, Entertainment, Finance 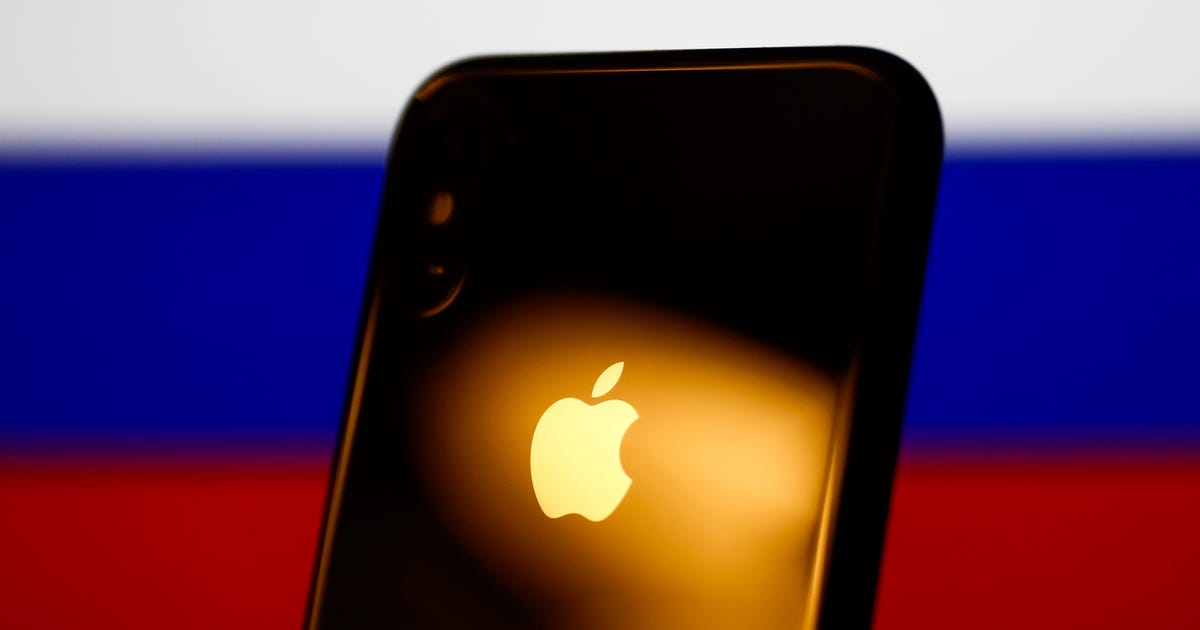 This story is part of War in Ukraine, CNET’s coverage of events there and of the wider effects on the world.

As the Russia’s war on Ukraine continues, a growing number of companies have said they are stopping sales of products and services in Russia. This will make items, including video games, iPhones and the PS5, harder to get in Russia.

Apple and Microsoft both said they’ll stop selling products in Russia. Game maker EA said it will stop the sale of games and other digital items while the conflict continues. Online services, such as Airbnb, are suspending operations in Russia.

Companies have also responded in other ways, including cracking down on misinformation and reducing the online presence of Russian state-owned media outlets like RT News and Sputnik News. Google and Twitter have suspended advertising in Russia.

Russia invaded Ukraine on Feb. 24 after months of growing tension, marked by a buildup of Russian forces along Ukraine’s borders. The US, the EU and the UK have all imposed economic sanctions on Russia, including ones aimed directly at Russian President Vladimir Putin.

Ukraine, which was part of the Soviet Union for much of the 20th century, declared its independence in 1991. Since then, the country has been establishing closer ties with Western Europe and the US.

Here’s a look at tech, entertainment and finance companies that have stopped sales or other services in Russia:

Adobe: The maker of Photoshop and other software stopped all new sales and services in Russia, including its software for creative pros and its website analytics tools, citing “our civic and moral responsibility to support democracy and humanity” and government sanctions. In addition, the company cut off access to its cloud services for Russia’s government-controlled media outlets.

Airbnb: The room-rental service has suspended all operations in Russia and Belarus and has said its nonprofit subsidiary will offer free temporary housing to 100,000 Ukrainian refugees. It’s also waived host and guest fees for bookings in Ukraine, as people worldwide use Airbnb as a way to provide income directly to Ukrainians by, as The Guardian put it, “paying but not staying.”

Amazon: The online giant suspended shipments of all retail products to customers in Russia and Belarus, and suspended access to Prime Video for users in Russia.

Apple: The tech giant stopped selling its products in Russia and is halting online transactions, including limiting Apple Pay in the country. Additionally, it has disabled some Apple Maps features in Ukraine to protect civilians.

AWS: Though AWS doesn’t have data centers or offices in Russia, it’s stopped allowing new sign-ups for the service in Russia and Belarus, saying it’ll suspend accounts where customers are “using AWS services to threaten, incite, promote or actively encourage violence, terrorism or other serious harm.” Customers using AWS in Russia include companies that are headquartered elsewhere but have development teams in Russia.

Bumble: The dating app is discontinuing operations in Russia and removing its apps from the App Store and Google Play Store in Russia and Belarus.

Electronic Arts: The maker of popular video games, including the FIFA franchise, has stopped selling all content in Russia and Belarus. This includes games, add-on content and virtual currency. Additionally, EA has removed Russian national teams from all versions of its soccer and hockey video games.

Epic Games: The maker of Fortnite said it will stop commerce with Russia in its games but wasn’t blocking access to games “for the same reason other communication tools remain online: the free world should keep all lines of dialogue open.”

Fujitsu: Japanese tech company Fujitsu is ceasing all new orders and deliveries of products and services in Russia, also halting operations of a service center located in Russia.

Goldman Sachs: The American bank is complying with sanctions and closing down its Russian business, it announced March 10. It’s arranging for the departures necessary among its 80 staff in Russia, according to The New York Times.

Google: Though users in Russia can still use Google’s search engine, the company has completely suspended its advertising business in the country. This includes ad revenue from YouTube, search and all other forms of Google-sponsored marketing. Some Google Maps features have also been disabled, though Google provides info on refugee resources for people fleeing Ukraine. Google also suspended billing on Play, its mobile app store, and paused payment-based services for YouTube users in Russia, such as YouTube Premium and Super Chat. Google Cloud on March 10 also stopped accepting new customers in Russia. YouTube on March 11 said it’s removing videos that deny or trivialize the Russian invasion of Ukraine, broadening its ban on Russian state-sponsored media and preventing YouTube users in Russia from monetizing their videos in any way.

IBM: The computer giant has suspended all business in Russia, CEO Arvind Krishna said March 7, and is also offering support for IBM-employed refugees. “A newly developed and deployed IBMer Resource Finder Map connects Ukrainian IBMers and IBM contractors fleeing their country with IBM colleagues in the immediate CEE region who can offer assistance, including lodging, transportation, food and supplies, for them and their families,” Krishna said.

Intel: The tech company has suspended all shipments to customers in Russia and Belarus, including chips.

Microsoft: The maker of Windows has suspended sales of its products and services in Russia, while pledging to beef up its cybersecurity in Ukraine.

Netflix: The streaming giant has paused all projects and acquisitions in Russia. Additionally, Netflix has refused to add state-run channels to its Russian service.

Nintendo: The video game company has currently placed its Russian e-shop in maintenance mode, meaning it’s unavailable for Russian users. As of now, Russian gamers are locked out of purchasing new games through the service.

Nvidia: A spokesman for the chipmaker said Nvidia “isn’t selling into Russia” but declined to comment further. The halt reportedly covers all Nvidia products.

Paramount: Like the other movie studios on this list, Paramount will halt theatrical releases in Russia. This includes the upcoming Lost City, as well as a sequel to Sonic the Hedgehog.

PayPal: The online international payments company halted services in Russia over the weekend, with CEO Dan Schulman saying the company “supports the Ukrainian people and stands with the international community in condemning Russia’s violent military aggression in Ukraine.”

Rockstar Games: Take-Two Interactive will cease selling and allowing installations of video games under its Rockstar Games umbrella in Russia and Belarus, a March 7 report said, just ahead of the release of Grand Theft Auto V on PS5 and Xbox Series X/S.

Snapchat: The ephemeral-message app has halted all ad sales to Russian and Belarusian entities, though its app remains live throughout the region as a communication tool.

Sony: The company’s movie studio has stopped upcoming theatrical releases in Russia. Following increasing pressure for the company to cease sales of its PS5 gaming system in the country, Sony Interactive Entertainment on March 9 announced it’s suspended all hardware and software shipments, as well as the launch of Gran Turismo 7 and PlayStation Store operations in Russia. Sony Music has also suspended operations in Russia.

TikTok: Short-form video app TikTok is suspending livestreaming and new content to its video service in Russia. The company said on March 6 that the decision was based on the newly passed “fake news” law in Russia, saying it needed to review the safety implications of the new legislation, which punishes those who spread “false information” about Russia’s invasion of Ukraine with sentences of up to 15 years in prison.

Twitch: The game-streaming platform told Russian users it will cease making payments to them due to sanctions blocking all possible transaction methods.

Ubisoft: The game maker said it has suspended sales in Russia. In a blog post, Ubisoft also said it has taken steps to help employees based in Ukraine, including setting up alternative housing in neighboring countries and setting up an emergency hotline to provide support and aid.

Universal: The movie studio will also suspend releases in Russia, though it has yet to announce the specific films that will be withheld.

Warner Bros.: The movie studio won’t release The Batman in Russia as scheduled and will instead pause operations in the country.