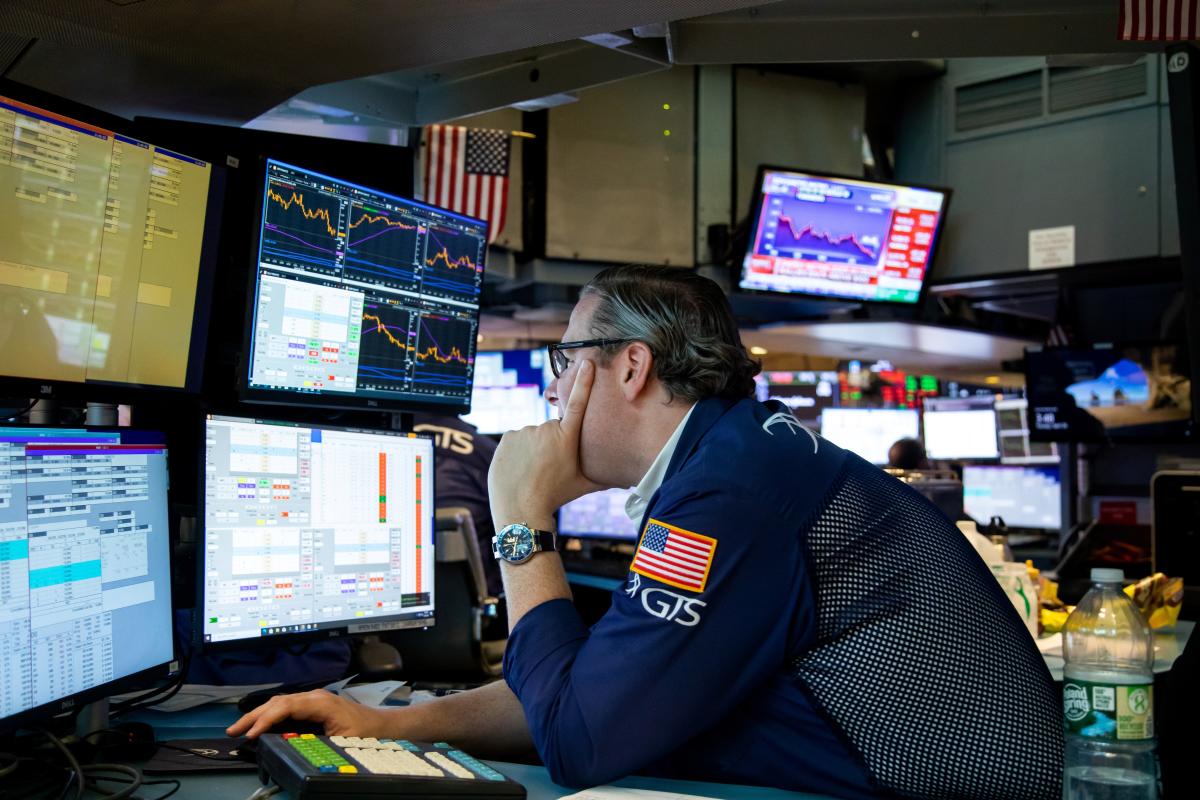 U.S. stocks declined Thursday morning to give back some gains after a rally on Wall Street on Wednesday, when many investors breathed a sigh of relief that the Federal Reserve was unlikely to raise interest rates even more aggressively in the coming months.

The moves came in the wake of the Federal Reserve’s first half-point rate hike since 2000, as the central bank took a notable step to address inflation currently running at its hottest rates in 40 years. The central bank also laid out its plans to begin rolling assets off its $9 trillion balance sheet starting June 1. The pace of this announced balance sheet reduction largely matched Wall Street’s expectations heading into Wednesday’s Fed statement.

But importantly, during his press conference Wednesday, Fed Chair Jerome Powell suggested the central bank was not currently discussing plans to raise interest rates by 75 basis points in the near-term. Some had feared such a move would issue too strong a jolt to the economy already showing some signs of slowing. Still, Powell suggested that there was a “broad sense among the committee that additional 50 basis point increases should be on the table at the next couple of meetings.”

“Markets got what they asked for today as the Fed delivered on a 50-basis point hike in the policy rate. With little signs of inflation cooling, the Fed has its sights on bringing the policy rate to a more neutral level in a relatively short order,” Chris Ripley, senior investment strategist at Allianz Investment Management, wrote in an email. “Hiking rates at 50 basis points per meeting is fairly benign considering that market expectations are already priced in. What matters more is where the direction of inflation is headed once the lagging Fed policy has caught up.”

But even in absence of supersized 75 basis-point rate hikes, the Fed’s path toward raising interest rates from ultra-low levels and embarking on quantitative tightening still presents a risk to economic growth, with markets having grown accustomed to the central bank’s accommodative monetary policies during the pandemic. Powell himself acknowledged that some trade-off would take place between bringing inflation down and maintaining economic activity.

“There may be some pain associated with getting back to that, but the big pain is in not dealing with inflation and allowing it to become entrenched,” Powell said during his press conference.

Others also underscored these risks.

“In all policy moves, there are negative consequences, which hopefully are muted, and are less impactful than the issue that is being addressed and today that issue is inflation,” Rick Rieder, BlackRock chief investment officer of global fixed income, wrote in an email Wednesday. “The consequences we risk in policy tightening are potential recession, potential lost jobs and wages, and clearly tighter financial conditions that will weigh on virtually all financial markets.”

“There are many factors out of the Fed’s control (supply chain disruptions and geopolitics, for instance), but we’ll be watching closely to see how the Fed’s tightening of financial conditions impacts the broad economy and employment levels, which are very firm today but can clearly soften alongside of aggressive inflation-fighting monetary policy,” Rieder added.

U.S. initial unemployment claims rose to 200,000 for the first time since February last week, but still held at a historically low level as the labor market remained tight.

Initial jobless claims increased to the 200,000 threshold for the week ended April 29, the Labor Department said in its weekly report Thursday. During the prior week, claims had totaled 181,000.

Continuing jobless claims, which track the total number of individuals filing claims across regular state programs, declined to 1.384 million from the prior week’s 1.403 million. This marked the lowest level for continuing claims since January 1970.