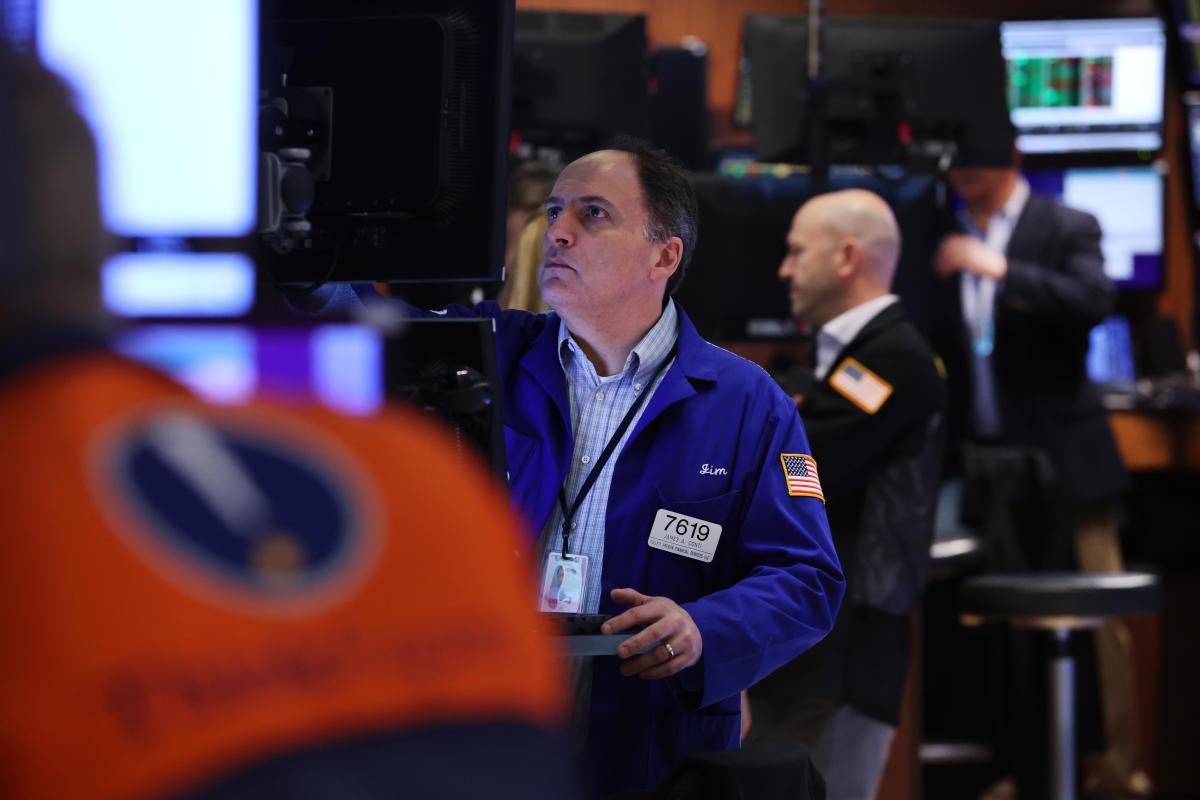 Stocks closed in the red Friday as investors weighed upbeat remarks from Russian President Vladimir Putin about diplomatic discussions with Ukraine against a weaker-than-expected print on U.S. consumer sentiment.

The S&P 500 fell 1.3% to 4,204.36, and the Dow Jones Industrial Average was down 0.7% to 32,943.33. The Dow posted a fifth straight weekly loss — its longest losing streak since 2019. The Nasdaq Composite tumbled 2.2% to 12,843.81. Though all three indexes opened in the green, stocks took a turn after a new report showed U.S. consumer sentiment deteriorated more than expected in early March as consumers’ inflation expectations soared to the highest since 1981.

Crude oil prices edged higher after tumbling on Thursday, when U.S. West Texas intermediate slid back below $110 per barrel after topping as much as $130 a barrel in recent sessions. Still, gas prices at the pump rose to fresh highs.

Apparently upbeat developments in Russia’s discussions with Ukraine helped at least temporarily send investors back into risk assets. Russian President Vladimir Putin said during a meeting with his Belarusian counterpart Alexander Lukashenko that there were “certain positive developments” occurring in the talks with Ukraine, according to a transcript of their meeting. Putin added that discussions were happening “almost on a daily basis.”

The news also helped traders look past another report showing decades-high inflation and shake off some of the volatility from recent sessions. The Bureau of Labor Statistics’ February Consumer Price Index (CPI) this week showed another surge in prices even before Russia escalated its attacks in Ukraine. The headline CPI — soaring 7.9% over last year — underscored the sticky inflationary pressures reverberating across the U.S. economy, with everything from groceries to rents and airline fares getting more expensive for everyday consumers.

“The inflation fire was already hot and now with war-driven inflation added to the mix, it will grow even hotter, setting off a scramble by the world’s central banks to pull back their stimulus earlier than expected,” Chris Rupkey, chief economist at FWDBONDS, wrote in an email. “A spike in inflation rates has preceded economic recessions historically and this time prices have soared to levels that once again pose a threat to growth.”

“Markets were cheering this economic recovery and return to strong economic growth, but the cheers will turn to tears if the inflation outbreak pushes businesses and consumers to the brink of recession,” he added.

And indeed, volatility has been a hallmark of the market environment so far in 2022, with the S&P 500 still down more than 10% for the year-to-date after first sliding into a correction last month. The CBOE Volatility Index, or VIX, has held at a lofty level of more than 30.

“We’re seeing really dramatic moves, and it’s all really tied to Ukraine right now, and in a secondary way, in terms of interest rates,” Octavio Marenzi, CEO of Opimas, told Yahoo Finance Live on Thursday. “This war in Ukraine is going to give the Fed the ammunition, the cover that it needs, to not raise interest rates too quickly. And I think Jay Powell is a very tepid sort of inflation fighter and he’s not going to do as much as he needs to do to get that under control. And this seems like an excuse to kick the can further down the road still and not do too much too soon.”

Here were the main moves in markets at the end of Friday’s trading session:

The company delivered fourth-quarter revenue of $54 million, with this coming in below the $64 million expected, according to Bloomberg data. Meanwhile, adjusted losses per share of $2.43 were also wider than the $2.05 per-share loss anticipated.

“Since its IPO in late 2021 the Rivian story has been a bad episode out of the Twilight Zone for the Street,” Ives wrote in a note Friday morning. “The company missed their first quarter out of the box on supply chain issues ‘surprises,’ then instituted a 20% price unit increase due to inflationary pressures which was then taken back 48 hours later by management after a slew of customer cancellations, and last night added to the pain with very soft unit guidance for 2022.”

“Is the story broken or fixable? That will be the debate this morning on the Street as this EV pick-up truck/sport utility visionary story needs to start its execution engines in 2022, otherwise competition from Ford, GM, Tesla, and many others will go after its potential EV customer base into 2023,” Ives added.

President Joe Biden on Friday announced another set of measures intended to ramp up the economic pressure on Russia, with the U.S. joining allies in removing Russia’s preferred trade status.

As part of the new moves, the U.S. will revoke Permanent Normal Trade Relations for Russia, delivering “another serious economic blow” to the country over its invasion of Ukraine, according to the White House. The U.S., along with other G7 nations, also agreed to ensure Russia will not be able to obtain financing from major multilateral institutions including the International Monetary Fund and World Bank.

Other measures including fully blocking sanctions on a growing list of Russian elites, and banning the export of luxury goods to Russia.

Consumer sentiment sank in March as concerns over inflation and the geopolitical conflict between Russia and Ukraine weighed.

The University of Michigan’s closely watched Surveys of Consumers index fell to 59.7 in the preliminary March reading. This was below February’s 62.8, and also missed expectations for a reading of 61.0, according to Bloomberg data. Beneath the headline, a subindex tracking consumers’ expectations for future conditions weakened to 54.5 from February’s 59.4, and a subindex tracking consumers’ assessments their current situations fell to 67.8 from 68.2

Notably, consumers’ one-year inflation expectations rocketed higher to 5.4% from February’s 4.9% to reach its highest level in over four decades.

“Consumer Sentiment continued to decline due to falling inflation-adjusted incomes, recently accelerated by rising fuel prices as a result of the Russian invasion of Ukraine,” Richard Curtin, Surveys of Consumers chief economist, said in a statement Friday morning. “The year-ahead expected inflation rate rose to its highest level since 1981, and expected gas prices posted their largest monthly upward surge in decades. Personal finances were expected to worsen in the year ahead by the largest proportion since the surveys started in the mid-1940s.”