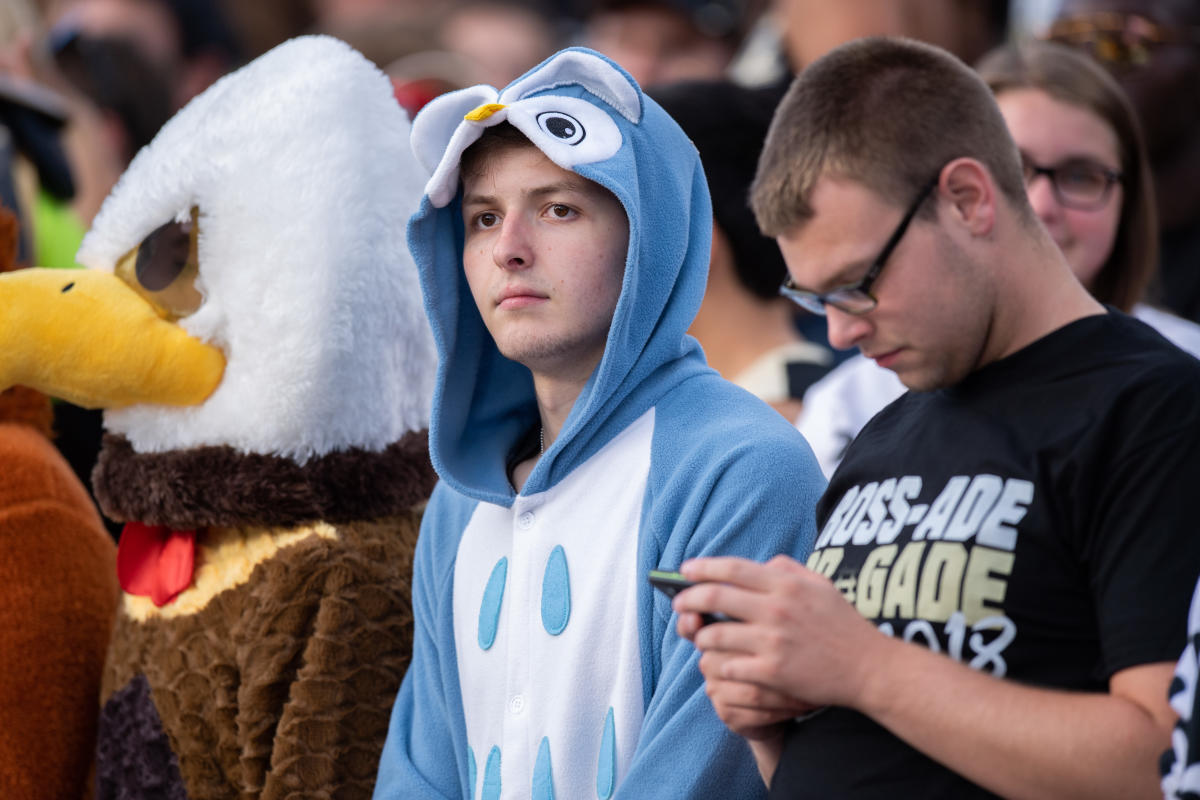 When mom-of-three Patricia Feldman decided on helping fund her son’s engineering degree at Purdue University, she didn’t expect him to graduate owing nearly $100,000 to a loan servicer in addition to several federal student loans.

Income-share agreements, known as ISAs, are an alternative type of student loan financing where a borrower receives a loan, then pays a percentage of their income after graduation. The terms of an ISA depends on various factors, such as their major topic of study and projected future earnings.

Purdue’s Back a Boiler program, launched in 2016, offers ISAs to students seeking alternatives to traditional federal and private student loans. Feldman’s son took out a $10,373 ISA for the 2018-19 academic year, and a $29,491 ISA for the 2019-2020 year, according to documentation seen by Yahoo Finance.

“This is more than double the original lend,” Feldman stated in a January 18 letter that was addressed to Purdue President Mitch Daniels, and seen by Yahoo Finance. “In what world is this equitable for my son?”

Since the ISA stated that the borrower would not have to pay if they did not find a job, or earned income that did not exceed $40,000, Feldman added: “Should I encourage him to stay home, run out the clock on the agreement (104 months) and owe nothing? He wouldn’t do that because he is a fine young man, with a great education and a good job. All due to Purdue.”

When asked about Feldman’s case, a Purdue spokesperson told Yahoo Finance that “Purdue takes seriously its commitment to make sure Back a Boiler participants are fully aware of their repayment obligations in advance of entering into any agreement. Our website, as well as our contracts, clearly spell out those terms. And each Back a Boiler participant must successfully complete a quiz prior to entering into an ISA to ensure their awareness of those obligations.”

‘This horrendous deal that I’ve gotten him into’

ISA companies previously claimed their product is neither a “loan” nor a “credit,” but instead a “contingent debt” since a student doesn’t have to pay the ISA until they find a job. The federal government recently categorized ISAs as “private education loans.”

Feldman initially thought the ISAs were a great alternative to traditional loans since they were tied to a borrower’s income and marketed as a fresh new way to pay for college. She now thinks what she helped her son sign up for was far worse than a federally-backed student loan.

“I write to you with a sickening stomach because I arranged and encouraged this loan,” her letter to Daniels stated. “I made a terrible mistake, but in continuing to market and entice unsuspecting students and parents, you are to blame. I will be fighting this for a very long time as my son attempts to pay back an alarming amount of money.”

Feldman said after her son made two $900 monthly payments on his nearly $100,000 in debt, she tried to pay the entire sum off on behalf of her son — but the terms of the ISA didn’t allow for a lump sum payment. So now her son has $900 monthly payments while juggling his first job out of college.

“It’s been just this horrendous deal that I’ve gotten him into,” Feldman said.

Feldman and her son’s negative experience is becoming more commonplace, according to student loan advocacy group Student Borrower Protection Center (SPBC), which is working with Feldman and pushing for increased federal oversight of ISAs.

Aside from categorizing ISAs as private student loan debt, the federal government reminds higher education institutions “of their obligations when recommending, promoting, or endorsing private education loans.” In August 2021, California became the first state to move toward regulating ISAs.

“Colleges that market private student loans must follow the Department’s rules regarding preferred lender arrangements and private student loans, including disclosing key terms and establishing a code of conduct,” an Education Department (ED) spokesperson told Yahoo Finance. “These rules relate to loans not offered by the federal government, including ISAs that meet the definition of a private education loan.”

On Thursday, SBPC sent a letter to Education Secretary Miguel Cardona requesting the federal agency to investigate how Purdue is structuring and marketing its ISAs.

“We write today to highlight troubling ongoing practices by a Title IV school that appear to violate provisions of the Higher Education Act (‘HEA’) and otherwise to jeopardize the school’s Program Participation Agreement (‘PPA’) with the Department,” the advocacy group wrote, adding that Purdue seemed to be masking its relationship with private student lenders through its Back a Boiler program.

Purdue, which is governed by the Higher Education Act since it draws on federal funding as a Title IV school, “is generally prohibited from co-branding private loan products with student lenders and is bound by substantial restrictions and disclosure obligations around so-called ‘preferred lender arrangements’ (‘PLAs’) between colleges and creditors,” the SBPC letter stated.

“All available evidence indicates that Purdue has brazenly ignored these limits and responsibilities as part of a scheme to drive its students to take on risky, high-rate private student loans,” the letter added. “Purdue’s ongoing lawlessness in the face of these clearly articulated expectations requires the Department to put this statement into action.”

Some students who have taken out ISAs at other educational institutions have ended up suing the same lender that Purdue works with, Vemo Education, Yahoo Finance previously reported.

Advocates have previously sounded the alarm over the growing number of ISA providers that presented themselves as an alternative to traditional student loans, arguing that many of the products offered skirt consumer protection laws and engage in deceptive practices.

“Our findings are just the latest in a long line of serious concerns surrounding the back-room deal Mitch Daniels cut with the student loan industry and his friends on Wall Street to push high-cost loans onto Purdue students,” Ben Kaufman, who heads research and investigations at the SBPC, told Yahoo Finance.

“It boggles the mind why Mitch Daniels is so resistant to just following the law, but it’s clear that the Department of Education must step in. Too many students have already been harmed by Mitch’s predatory pet project in private student lending.”

The ED spokesperson added that over the next year, the agency “plans to work with other federal partners to provide additional information to colleges on how to further improve the accuracy and consistency of requirements related to preferred lender arrangements” in an effort to provide more transparency to parents and students who may have been approached by schools offering ISAs.

‘I will flood his email’

Thanks to the student loan payment pause, which is currently set to end after May 1, Feldman said she wasn’t yet making monthly payments for her son’s federally-backed student loans.

“I’m fully prepared to do that,” Feldman said. “That’s part of what I have to do. I don’t like it. But that’s what we’re gonna do.”

Student loan payments and interest accrual on federally-held debt have been suspended since March 2020, meaning that nearly 37 million borrowers have not had to make loan payments during that time and their amount due has not increased.

There is also a debate over cancellation: President Joe Biden backed the forgiveness of $10,000 in student loan debt on the campaign trail in 2020. During his administration, prominent Democrats have repeatedly urged a seemingly skeptical President Biden to enact broad-based cancellation of up to $50,000 via executive action (as opposed to legislation passed by Congress).

The impatience over a decision by the White House reached a point where even a major student loan refinancing company has joined the chorus of voices calling for student loan forgiveness. (ISAs would not be part of the cancellation.)

In any case, Feldman and her husband have been working to obtain more information about ISAs and publicize the issue. Feldman also said she began sending weekly emails to Purdue’s Daniels.

“I emailed him every Monday for months,” she said. “And it was the same letter, just repetitive.”

She added a lawyer from Daniels’ office reached out to her in late February to understand her situation, but the correspondence has been quiet recently.

“For me, Mitch Daniels will never have another restful night,” Feldman said. “If I don’t hear [from him], I will email every day, I will flood his email. And I don’t know what it will do. But it’s something I can do.”

Aarthi is a reporter for Yahoo Finance. She can be reached at [email protected] Follow her on Twitter @aarthiswami.