Black Women Are Leaving Corporate America for the Startup World 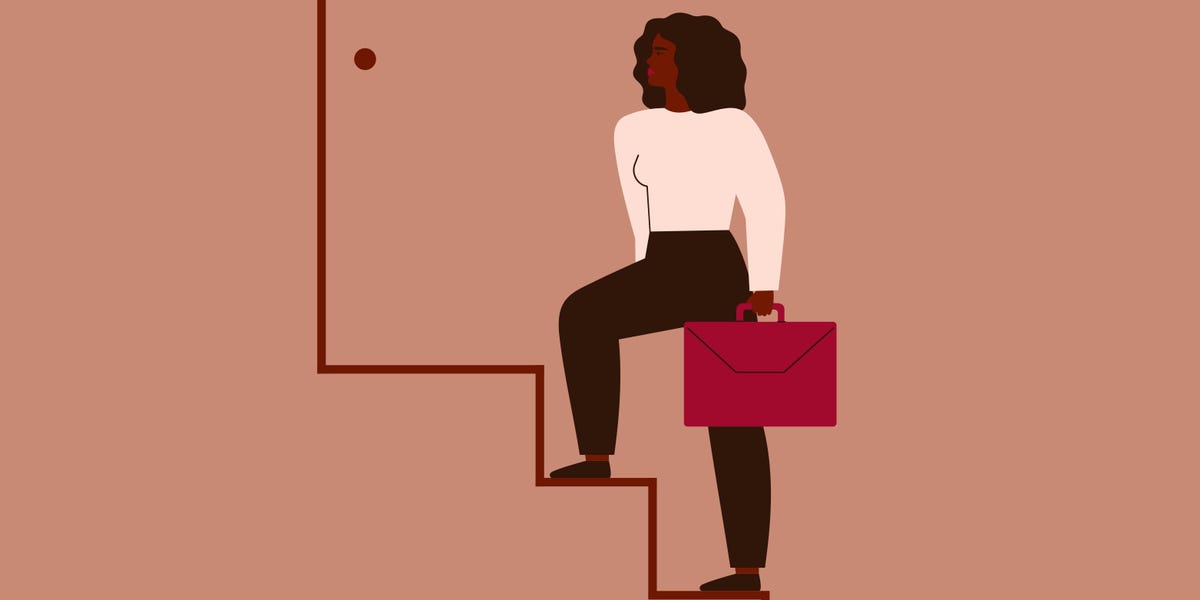 Thanks for signing up!

Access your favorite topics in a personalized feed while you’re on the go.

Sybil Stewart’s bosses would take attendance at meetings using her white colleagues’ names — but the higher-ups often didn’t bother with hers.

Stewart, who worked as the director of diversity at a tech company, recalled one boss saying: “David’s here. Susan’s here. And diversity is here.”

Stewart, who’s Black, said other leaders at the firm would reprimand her for missing meetings she was never invited to attend. She said these indirect or subtle acts of discrimination, often called microaggressions, weren’t new, but they piled up after she spoke out against what she saw as racist behavior at the company.

She’d dread going into the office. Stewart said she became agoraphobic, experienced insomnia and anxiety, and reached a breaking point. In September, after 15 months at the company, she quit so she could be her own boss.

She started a coaching-and-entrepreneurship company called Sage Stewart Life Coach Group. Her goal is to help others break out on their own.

Stewart is one of an untold number of Black women professionals in the US who’ve signed off from corporate jobs in recent years because they face obstacles that their white colleagues often don’t see. Black women have other reasons for giving up their day jobs, of course: having a great business idea, dealing with health concerns, needing to care for family. Notably, pandemic-related job losses affected Black women more than other groups.

The percentage of Black women in the labor force — which includes everything from corporate work to service jobs — dropped from 60.5% in 2019 to 58.8% in 2020, the largest annual decrease for the group, according to the Department of Labor. And that percentage is likely to continue to fall.

The decisions of executives like Stewart to jump off the corporate ladder because of their workplace experiences is a blinking red light for America’s companies.

Losing Black women is especially worrisome for businesses because companies with greater racial diversity are generally more innovative, more profitable, and more likely to outperform less diverse ones. Additionally, research suggests companies with more women in leadership are more open to change and more likely to invest in research and development than in mergers and acquisitions.

The consequences of these departures go beyond the bottom line. After the murder of George Floyd in 2020, many heads of companies pledged to better diversify their workplaces to help overcome decades of bias in hiring. For Black women facing disrespect on the job, those pledges of a more equitable workplace can seem hollow.

“I was a top performer at every company I worked for, but I never found a sponsor. I never found the advocate in the room,” Stewart said. “I knew my prior job would be my last in corporate America.”

Insider spoke with Stewart and two other Black women who’ve left the corporate world since 2020 to start their own businesses. They’re among those making Black women the nation’s fastest-growing group of entrepreneurs.

Their experiences point to the pitfalls of corporate America but also offer a hopeful note for the future of entrepreneurship, which had been slipping for decades in the US until the pandemic pressed many workers to reinvent themselves.

For Black women iced out of corporate America, launching their own companies is about empowerment

McIntosh, 35, said that when she told her boss she had more responsibilities and was held to higher standards than a white female counterpart, her boss told her that she should focus on being a better “culture fit” and that she should “humble” herself.

“The term ‘culture fit’ — that’s what they used to justify the biases and discrimination and prejudice,” McIntosh said.

McIntosh felt iced out of her role. So on Valentine’s Day in 2020, in what she called “an act of self-love,” she left to focus on her beauty-and-wellness brand, Yateou. “No matter what I did, I would never measure up,” she said.

In an online survey conducted this year by McKinsey and the nonprofit LeanIn involving 40,000 employees from 333 organizations, 55% of Black women leaders said their judgment had been questioned in the past year, and 38% said they’d been mistaken for someone in a more junior role.

The women Insider spoke with said the bruises they’d suffered in their prior jobs set them up to succeed in new gigs.

“We have developed a resiliency from our experiences in the workplace that allow for us to withstand the trials and tribulations of being an entrepreneur,” said Osahon Ojeaga, 32, who founded Nourie, a company that sells braiding hair extensions.

She’s been tapping those who’ve experienced discrimination to build her company, which she described as a “safe space.”

“This team was not that difficult for me to put together,” she said of her all-Black staff of eight, seven of whom are women. “If people can get past their stereotypes of what kind of talent exists and how you should treat that talent, you can create something phenomenal.”

There are risks for those who go it alone, of course. Startup funds can be hard to pull together, especially for Black women, and nearly half of small businesses fail within the first five years.

But Ojeaga said Black women like her are ready for the challenges. She added that overcoming barriers in the workforce has allowed them to build the stamina needed to succeed on their own.

Gregory Price, a professor in the department of economics and finance at the University of New Orleans, said in an email that as more Black women move on, corporate America could appear to be retreating on its diversity pledges.

He also said companies whose leadership ranks don’t reflect the nation’s diversity face more than just risks to their reputations. “These firms could also underperform financially,” he said.

While companies might suffer, the women Insider spoke with said they felt happier, less burned out, and more in control.

“I wasn’t going to let my career plateau,” Stewart said. “I know many Black women in similar situations. If they’re not starting businesses and leaving corporate, they’re leaving employers that aren’t serving them well and finding ones that are.”